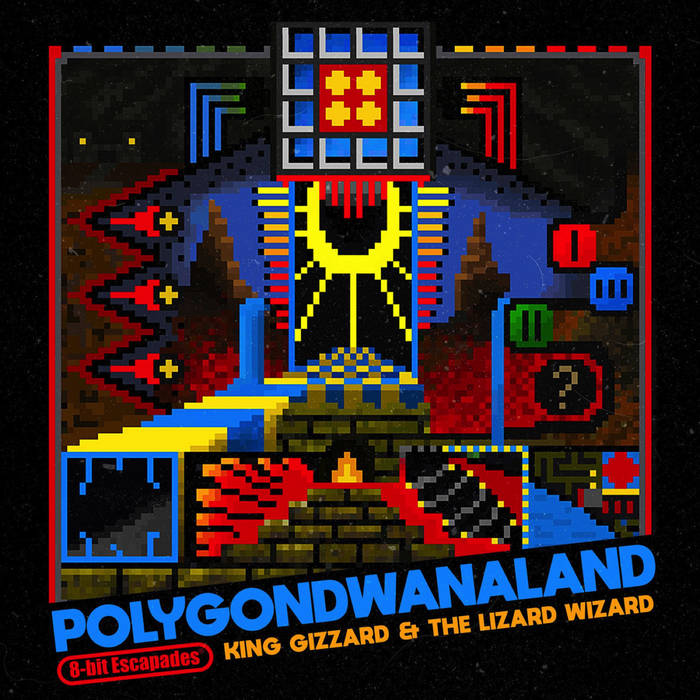 If you want to buy this album, buy it direct from 8-bit Escapades here:
8-bitescapades.bandcamp.com

In November 2017, King Gizzard and the Lizard Wizard released an album titled Polygondwanaland. They released this album for free. As in FREE free. Anyone can own it. So 8-bit Escapades decided to release his own version with a new spin on it: an 8-bit chiptune version.

Bandcamp Daily  your guide to the world of Bandcamp